Ryan Howard is the greatest home-grown Phillies first baseman ever and it’s not even close. 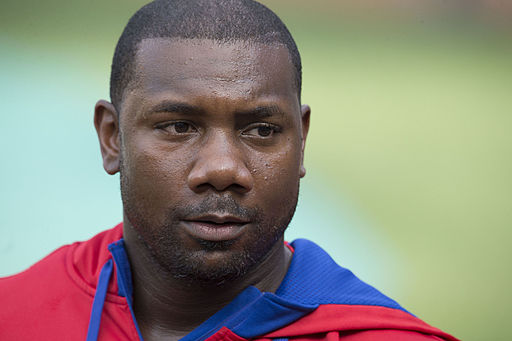 And yet there’s a part of me that believes he was grossly underrated while compiling a Rookie of the Year, NL MVP, and NLCS MVP.

He was never a problem on or off the field. He was jovial and receptive to fans’ wishes for autographs. And above all, he was always approachable.

Howard’s four-year magical tour as the power-hitting linchpin of the Phils halcyon run is equaled only by two players in the team’s 137-year history: the incomparable Mike Schmidt, a Hall of Famer, and a guy named Chuck Klein, who would be worth getting to know, also in a Cooperstown class.

During the 2006 season I communicated with my friend, my Phillies fan best bud Lt. Col Robert Mitrocsak. The gist of the conversation was this: “Allen, Schmidt, and freaking RYAN HOWARD. What did we do to deserve this guy.”

Unfortunately, two injuries basically robbed him of continued high levels of career production. The torn Achilles he suffered in the 2011 playoffs against the Cardinals and a knee injury later combined to stifle the comet Howard.

Six-foot-4, 250-pound power hitters don’t fare well following dramatic heel injuries. For the rest of his career he looked like he was competing with a rock in his shoe. His gait looked stilted and his swing was thrown off. I can’t imagine the hard work he put in rehabbing his injuries just to return to the field.

This only proves that Ryan Howard was one of the best players the team has ever had. I just wish he got the love and attention he deserves for being behind Schmidt for most homers with 382.

On second thought, I think I know why people were hesitant to embrace him. There is this one theory. And it is my only criticism of Howard. Maybe it was a matter of taste. He was a spokesman for Subway. What were you thinking, Ryan?

The Phillies were back on the field, playing baseball yesterday in Florida. The Phils and the Tigers battled to a 8-8 tie […]