Baseball remains a very entertaining game, due to several factors, it is not a sport which is controlled by time. You could go to a game and they could be finished in two hours or you can go to a game and be there 4 hours plus. I think that’s the interesting thing about baseball, who can remember many Phillies games going into extra innings well past midnight?

The other thing that is interesting about the game is that on any given night, a team can play another team quite differently, last night the Phillies looked on paper as if they were going to lose before the game started. You had a pitcher for the Braves with a 16-4 record going up against a Phillies pitcher that wasn’t anywhere near that, but the Phils ended up winning by holding onto a 6-5 victory.

Last night in baseball there was a lopsided score, the Oakland A’s took on the Houston Astros, and beat them by a 21-7 score. That’s amazing. Another game had the NY Yankees up 6-0 in the second inning over the Tigers, by the end of the game, it was Tigers 12 and the Yankees 11 – this is a Tigers team that has already lost 100 games on the season as of last night.

The Phils are still in the hunt for a playoff spot in the Wild Card, it’s still an extremely outside change but it’s still there. Plays like last night’s ‘inside the park’ HR by Scott Kingery was the kind of plays you need to make you believe in a team again. With a good throw, he would have been out by 5 feet or more though.

Last night, the Phils found a way to win, the bullpen stepped up, and the offense stepped up. It was a close game, but we ended up on top. The Phillies are still 2.0 GB from the wildcard but they have some other teams that are big names in baseball. Milwaukee, Arizona, and potentially the Cubs.

We’ll keep watching and see what happens, 24,220 were at the ballpark last night cheering their team on. Everyday is like a playoff game for the Phillies, they simply have to keep winning and playing well. 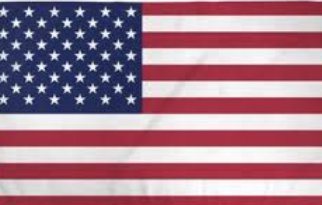