All right, another night, another struggle for the Phillies. Before the game we anticipated that Sean Rodriguez would be getting booed for what he said about fans that were booing him for his performances in a Phillies uniform. Oh, yes, he did get the game winning walk-off HR for the win against the Pirates in Game 1 – which the Phillies somehow pulled out of their hats.

I don’t think you boo a guy that just won a game for this team, but mob mentality takes over sometimes and people want to make themselves heard. Maybe they’re not just booing Rodriguez, but the whole Phillies team in what’s been happening lately? I don’t think too many hometown crowds go to a ballgame to boo their own team, but they do in Philadelphia. Now what happened after Rodriguez when people cheered and jeered Rodriguez is a real shame. There is a line, and Phillies fans crossed it, nothing more to say that they are sick people.

The radio broadcast tried to mask the fan’s passion with a right to boo, it’s a shame. Booing your own team never is a good idea, it’s almost embarrassing.  Larry Anderson tried to make a comparison to Mike Schmidt with booing, but he could have easily put Ryan Howard’s name into the mix. Not that I am a big fan of Sean Rodriguez, but I wouldn’t go out of my way to boo him, I’d rather just blame management for having him on this team. 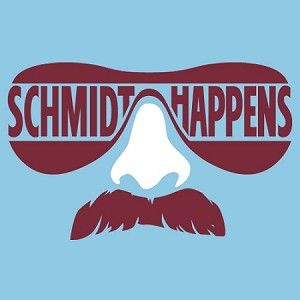 That being said, the Phillies lost on Tuesday night, by a score of 5-4. The Phillies had plenty of chances, but came up empty going 3-13 in RISP and couldn’t overcome not being able to get runners across the plate. They have been struggling now with this for 2 years. It seems nothing can cure it, not even the top notch sabermetrics department who provides all those wonderful useless numbers that everyone ooooh’s and aaaahhh’s about sometimes.

What to do with this Phillies team? Neris should be gone after this season, he’s had plenty of chances, and he’s shown he’s not an effective closer. He has 5 losses now. He’s getting more shaky with every closing he is doing.

This team needs a lot of tinkering. It’s not a playoff team, I’ve written them off from the playoffs, I don’t think there is a chance they make it. It’s just that they don’t have that winning combination, a few problems with the starters, and some of the regulars at times.  Yes, at times, you kind of think it’s possible and mathematically, apparently it still is that they make the playoffs, but they don’t play like a winning team.

It’s game 3 of the series with a Pirates team that maybe the Phillies should beat, but the Phillies are also quite the mediocre team, so what we’re seeing here is what this team is. A team that has a tremendous problem moving runners, pitching being poor at times, and other hustle type issues.

What happened to Rhys Hoskins, will he end up like Daren Ruf did a few years ago, he isn’t exactly a superstar yet. He’s sort of going the other way.