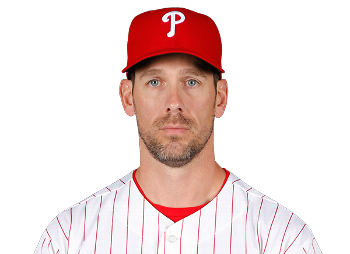 Cliff Lee is injured again, but standing between him and $25M this year and and another $27.5M option payday in 2016 (that has a 12.5M buyout) is the tear in his pitching elbow’s flexor tendon. You would think that Lee would strongly consider retiring. But in this day of millions and millions of dollars, he’s got to play the game.

Not necessarily the baseball game, but the waiting game. The wait and see type of game that will keep the Phillies on the hook to pay him that $27.5M anyway even though he will be on the DL and unable to effectively pitch for the team.

He’ll probably travel North with the team when they break camp, he says he’ll try to pitch anyway, but the result will be like the time he was injured last year, he’ll grab his elbow on the mound and walk toward the dugout and his season will be over, but the Phils will be paying him for the whole season.

#452101288 / gettyimages.com Grady Sizemore is a player that the Phillies sought out after he was released by the Red Sox, a […]

The Phillies have been on a winning streak, that’s exactly what they need to do at this time in the season, with […]

Embed from Getty Images Morton tripped and tumbled on his way to first base in last night’s game, we’ll find out more […]